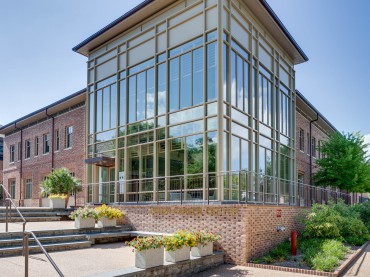 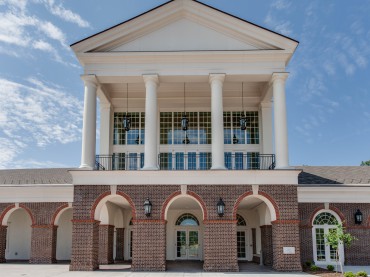 Monarch Bank
Why Select Burgess Snyder
From Idea to Installation
Our goal is to be involved with our customers each step of the way. From the very beginning of a project's development we help our clients pair the right product to each application. Once the project starts, we manage the process from shop drawings through procurement and finally installation which ultimately keeps projects within budget and on time.

Technologically Driven
At Burgess Snyder we are constantly looking for ways to improve our processes with the goal of increased efficiency without sacrificing quality. Our field superintendents carry tablets for note taking and cloud-based document reference. We have invested in a RhinoFab 900 system to streamline the storefront and curtain wall fabrication process. Our office maintains close to a 90% paper free environment. All of these investments have allowed us to focus more on the project and less on the paper.
Low Financial Risk
We have been in business for over 70 years and have developed strong relationships with our bank, bonding company, and insurance companies. Because we pay promptly, our suppliers give our projects their full attention and are very responsive to our requests. We have proven that we have what it takes to handle the financial responsibility to all parties involved with the projects we undertake.

Burgess Snyder Industries began in 1948 when Jesse Burgess and Gustav Snyder formed Burgess Snyder Window Company. The new company sold storm windows and awnings from a small rented office in Norfolk, VA. In 1951 Jesse Burgess left the company but the business was established by then so the name remained the same. Gus Snyder died in 1969 and in 1971 Larry Vaughan bought the company from Mr. Snyder’s estate, keeping the Burgess Snyder name. In 1972, the company name was changed to Burgess Snyder Industries to better reflect the diverse range of products and services the company offered. In 1977, the company moved operations to it’s current facility located on Baker Road in Virginia Beach, VA. By 1993, Larry Vaughan had transferred ownership to his children, Tom Vaughan and Linda Sawyer. Tom Vaughan, Tom Johnson and Linda Sawyer owned and worked in the organization for better than 30 years each and witnessed tremendous growth during that time. In 2011, ownership was transferred to the current, third geration team of Chris Johnson, Kelly Kesler and Randall Vaughan.

Burgess Snyder formed initially as a manufacturer and installer of residential storm windows, storm doors and awnings. Manufacturing operations were carried out in a facility on Ballentine Blvd. in Norfolk, VA. In 1977, the company moved to the current location on Baker Road in Virginia Beach, VA. Soon after the move, the decision was made to stop manufacturing products in-house and instead sell pre-manufactured products from a select group of vendors. This decision allowed Burgess Snyder to focus more on customer service and develop quality installation crews.

Once manufacturing was phased out, the company primarily focused on providing replacement windows, doors, storm product and patio enclosures to the residential market. Since Norfolk is home to the world’s largest Navy base, it wasn’t long before Burgess Snyder was called on to provide services on commercial projects – specifically buildings at the various local government and military facilities. Two departments within the company were established to service each segment of the market since the residential and commercial customers have very different needs. Within the commercial department, an estimating and drafting team was created so all bids, shop drawings and submittals could be controlled in house. The commercial side of the business continued to grow allowing Burgess Snyder the resources and skills to complete larger and more complex projects. By the late 1980’s, the commercial department became the driving force of the company. For more than 20 years, Burgess Snyder Industries operated both the residential and commercial departments, each having their own management, office and installation teams but the market changed and so in 2007 the residential side of the operation was closed. Now, Burgess Snyder has 100% of it’s resources focused on commercial projects and provides sales and installation of the following architectural products for new construction and retrofit: